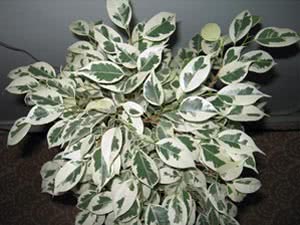 One of the most popular indoor plants has always been the ficus, and this is not surprising, since the ficus plant is unpretentious, evergreen, adapting well in new conditions. And those who are constantly busy, quite suitable for such a nondemanding and at the same time beautiful plant. Among all species and varieties of ficus, the most attractive ficus Benjamin – whether by its atypicality in the general series of ficuses, or the similarity with quite other plants … It’s hard to say. But interest in this plant is growing every year.

What do you need to know about Benjamin’s ficus to successfully grow it in your apartment?

First, you should not forget that this plant is not our latitudes. It comes from subtropical and tropical forests of India, China, Southeast Asia. Grows Benjamin ficus and in the Philippines, and in the north of Australia.

Ficus benjamina is an evergreen plant of the genus Ficus mulberry.

Even the indoor Ficus benjamina looks like a small tree. It has a short trunk with smooth gray-beige bark. The crown is branched. Because the plant is tropical, it has numerous distinctive aerial roots. In the wild, this evergreen tree or shrub can reach heights of up to 20-30 meters. Its graceful, beautiful oblong-oval leaves with pointed tops reach 6 to 13 cm in length and 2 to 6 cm in width. 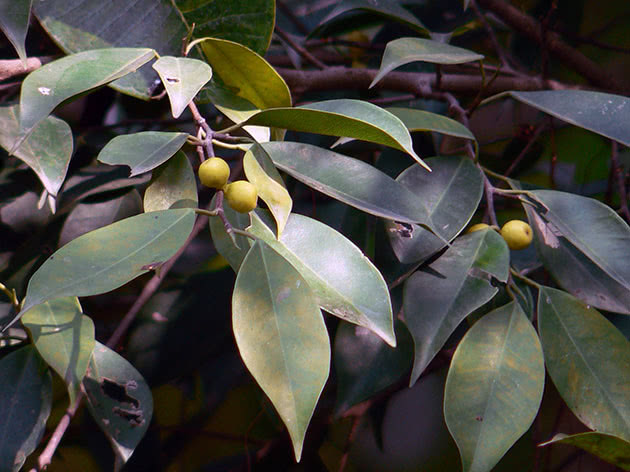 How to care for Benjamin ficus at home

Caring for a tropical plant requires special knowledge and certain skills. Place Benjamin ficus under diffused light away from direct sunlight – he, unlike ficuses with monochromatic green leaves, does not like them.

Even worse than too bright light, this ficus tolerates dry air, because in nature he lives in conditions of high humidity. However, this does not mean that you should water the ficus more often and more – excessive or too abundant watering can lead to root rot disease of the plant, as a result of which its beautiful leaves will be covered with dark spots. Watering Benjamin ficus in moderation, not pouring it with water, but also not waiting until it is thirsty and begins to discard the leaves, and it settles spider mites. Increased humidity is achieved by daily sprinkling of the leaves of the ficus, in hot weather – repeatedly. 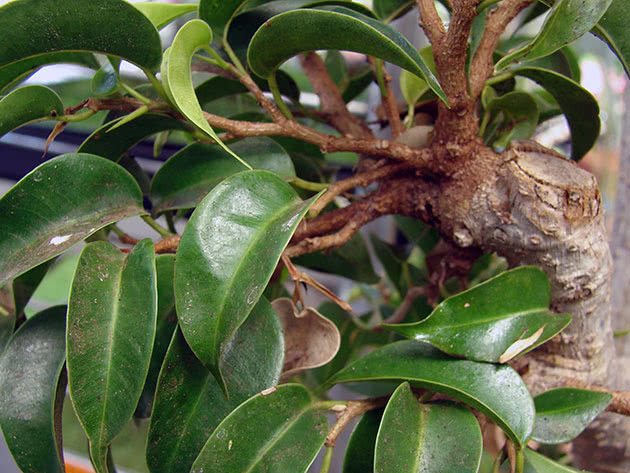 The Benjamin ficus leaves fall off

By the way, the most common problem faced by ficus owners is precisely leaf fall, since there are many factors that provoke this phenomenon:
Why does the Benjamin ficus lose its leaves?

All this can be the reason for the loss of leaves by the ficus. 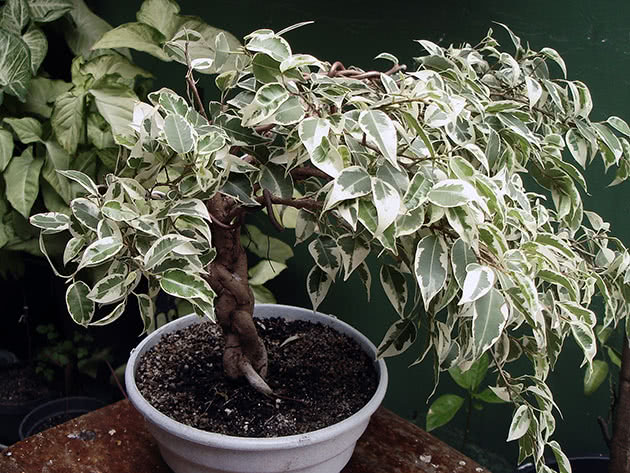 And yet, despite this feature, the Benjamin ficus can be considered an unassuming plant, because it is not difficult to observe the conditions of its cultivation. 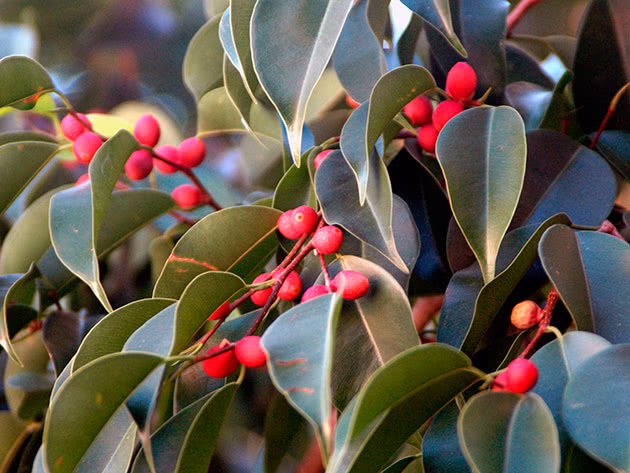 Brought from the store plant is usually transplanted from the shipping container into a permanent pot only after two to three weeks, giving the plant time to adapt to the new home. But sometimes the ficus still begins to lose its leaves. Professionals say that this is how the tree reacts to a change in conditions.

If you don’t know how to transplant a Benjamin ficus, stick to these rules:

Despite the observance of these rules, the ficus when transplanted can still lose leaves for a few weeks – but there’s nothing you can do about it, you have to wait for the plant to take root. 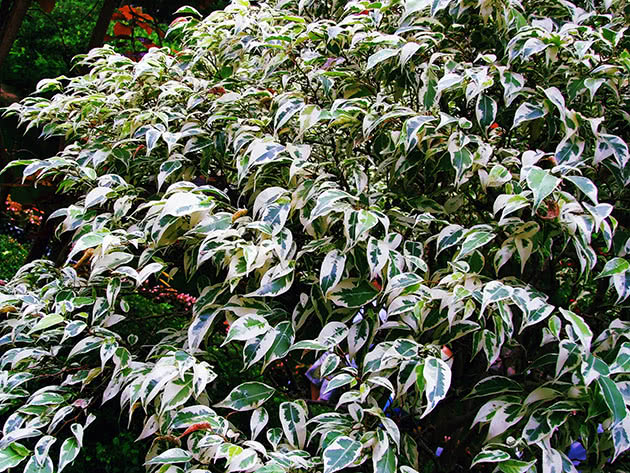 My gorgeous ficus became the envy of my acquaintances – flora lovers, and then I had to think about ways to propagate Benjamin’s ficus. The easiest way is to cut the top cuttings with leaves and root them in water, and then plant them in the ground. But you can root the cuttings immediately in moist soil – thanks to its airy roots, the ficus takes root very easily.

Widespread among experienced flower growers and method of propagation by air venting: on the stem of the ficus make a circular cut, which wrap damp moss, top of the moss and the area of the stem airtight closed film or a transparent plastic bag to the moss did not dry out, and after two months, when the bag with the moss filled with roots, cut the stem below the venting and planted in the ground. There is one caveat: multiply Benjamin ficus in summer, because in other seasons it is busy growing, then resting. And, by the way, try as rarely as possible to move the ficus – most of all he likes peace.